J has started to use more single words. He can now say ‘nana’ (banana), ”is-it’ (biscuit) and ‘pees’ (please). He says Muma, Dada, Dad-Dad (Grandad), ‘Ma-mar’ (Grandma) and ‘Nana’ (Nana). It’s so exciting hearing him talk! ​Here’s J on the monitor having a chat (apparently to me, despite being in a completely different room haha).

So, we are continuing to build his vocab based on his love of transport. 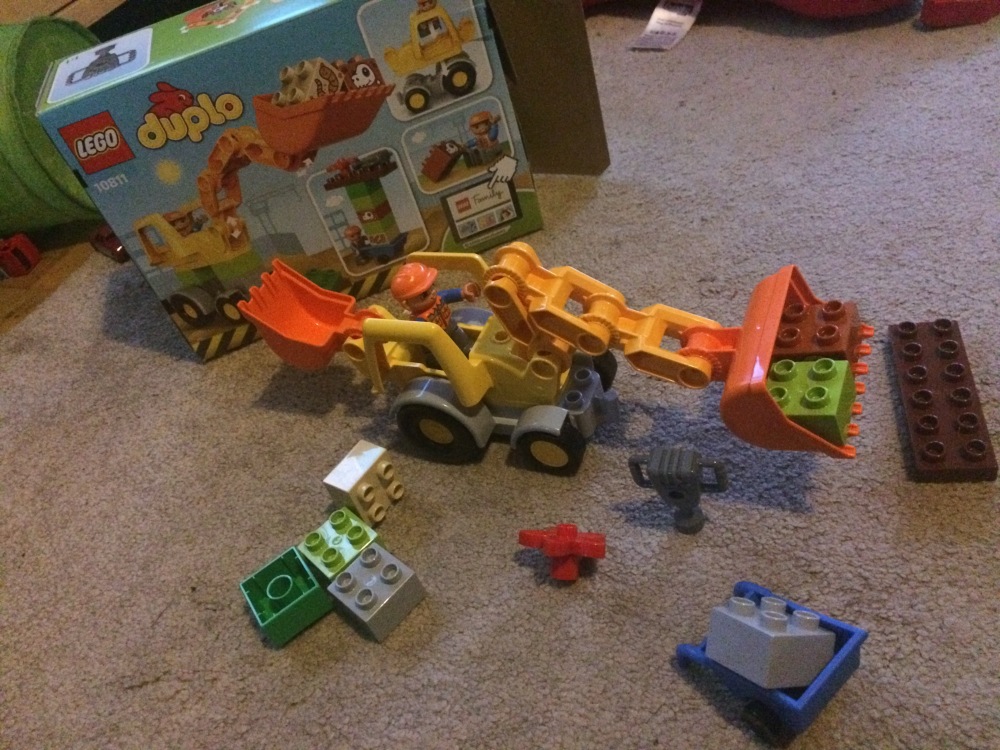 Our game exploring the ‘digger’ from the Duplo set. We filled it up with bricks, with J using the sign ‘more’ whenever he wanted a brick. I brought in colours as well by asking him find different colours to add.

The digger would then ‘drive off’ and I’d have to wait for him to come back to carry on our activity.

I used the builder  and wheelbarrow to push more bricks around. I spoke in a character voice and made the builder drop bricks off the top of box, and say ‘oh dear’. J would then laugh and want me to do it again.

I love the Lego Duplo sets as they are just the right size. J can build and pull apart with ease and they don’t get so ‘stuck’ together like smaller bricks. This set is one I knew J would like, and the digger is definately a winner. I only have 2 criticisms. The first is the fact there’s a male driver only. It would be nice to have a female builder as well so it can show kiddies that either gender can do this job. One thing I dislike is stereotyping in toys. The second is that the bricks only have a worm or bones on it. Would have been nice to have more ‘building resources’ such a rumble, bricks and shingles (or things like that). That would have helped introduce new language and go with the theme of ‘builders’. 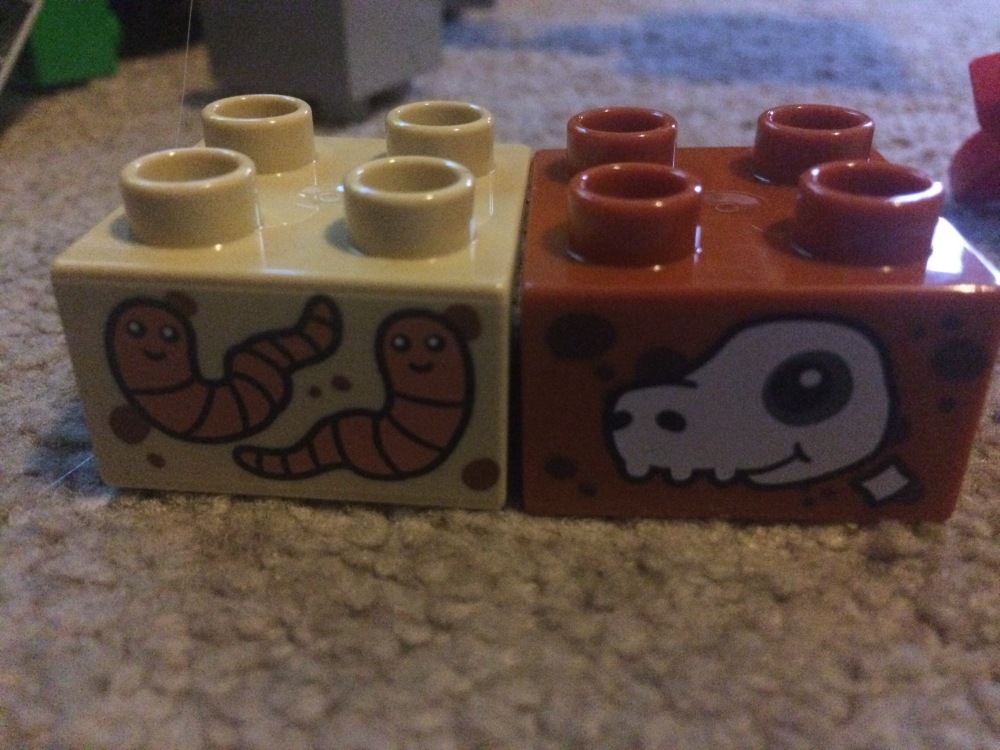 But, I know they are more ‘cosmetic’ complaints really. The actual set is solid and attractive. End of the day, anything can be a good communication tool. It’s about choosing focus words for that game so you’re not overwhelming little one. It’s about  having fun and engaging together so children have a desire to communicate. It’s about having the time to get involved and letting your child have chance to take the lead.

Then communication will happen. It may not be words. For J this activity was more non-verbal. He signed and he gave great eye contact as well as body language.

By the way, if you’re wondering why this blog entry was called ‘dangerous digger’…have you ever had your toddler run you over repeatedly with said digger, or hitting it against your ankle? Pretty sure it’s just as painful as a real world one, haha 😂

What Duplo sets do you like? Always on look out for more to add to the collection.