Today J had speech therapy. It was the first session since our couple of months break. Even though we haven’t been for a while J knew straight away where to go and recognised his therapist straight away. To be honest I think J just likes the doors as he gets to press buttons.

J likes the reception area as there’s cars, playhouse (with doors) and lots of space to run. He likes the other button that opens door from inside too, which often makes the receptionist smile (or grimace, I’m not sure).

Once called in J went straight for the room and then remembered there’s no cars there so went to run back out again. But our therapist persuaded him to stay with a piggy jar that snorts. So instead of starting with a catch up chat we went straight into therapy!

Usually when you go to therapy there is a mix of talking and playing. You have chance to talk about how things are going and any new issues or developments. Then there’s play which may look repetitive and not seem to be pushing much speech but trust your therapist as they are looking for things you might not think of as relevant.

J had to make choices using the picture cards. These choices involved ‘big or small’ to encourage J to use two meanings words e.g.: big apple, little cake. He then had to put the picture he chose into the piggy jar. J joined in signing but as it’s first time using two signs he didn’t quite click that he had to sign the size as well as the item, so that’s what we have to practice.

J then had the choices board and could pick what he wanted from the bag of goodies. J loves that our therapist has soooo many different light up toys and cause and effect resource. J was eager to select the picture and hand it over so he could then pick up the toy. 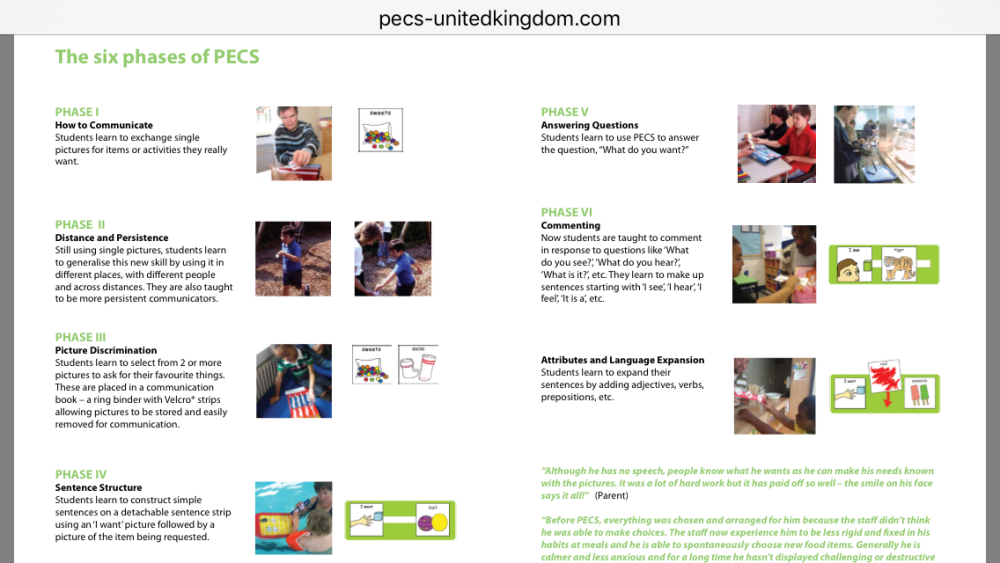 J has pretty much mastered PECS 1-3, and so we are now preparing for the next step which is making sentence strips. J will have the symbol for ‘I want’ and has to place that card and his choice of activity/item on the sentence strip and pass it over. It’s more work than just picking a card and handing it over, and will encourage J to hear and mimick a meaningful sentence.

Our biggest news that I have been excited to tell you is…J is talking now! In the last two weeks J has started to use real world words:

He is also trying to copy people and although he may not be able to say the word he is starting to copy the intonation (how the word sounds or the same amount of syllables as the word). His speech is not totally understandable so if someone who didn’t see J regularly heard him they might not understand but it’s a BIG step and I’m so proud.

I all honestly think that pecs and Makaton have been the biggest help. It has given J a visual ‘starting board’ whilst he prepared himself to be ready to be verbal.

So, the next step is now to wait for J’s assessments to begin in May. This will let us know if there is an underlying ‘something’ such as Autism that is the reason behind his regression (J was never delayed, he regressed in his communication at 9 months) and behaviours.

Ps: there are lots of posts about or therapy appointments so please check out the archives if you are new to therapy and wonder what it’s all about 👍🏻