Today’s Blogtober prompt is ‘goals’ so I thought I’d talk about J’s gymnastic sessions. I started J at a gymnastics toddler group as soon as he was stable on his feet. The goal is simple…develop his gross motor skills (so all the big movements and muscles in his body).

J has always been a ‘clumsy’ child. It’s mainly because he doesn’t look before his leaps…literally! He can fall over a flat floor. It’s usually because he just lacks that danger awareness warning system most children have. He doesn’t think ‘oh I want to go from A to C, but B is in the middle’ instead he’ll just run into/fall over/crash against/fall into B.

I hope that gymnastics would help him learn;

With the advantage of being in a room with LOTS of padded flooring!

J’s session costs £5 and are an hour and a half long. There’s a short warm up at the beginning, then free play and then a cool down at the end (and occasionally an activity like parachute play) followed by a story. During FreePlay you are left to do whatever you want. The instructors are there if you have questions but otherwise it’s a free for all. J loves this part as he can run and play on everything. The group part is still a challenge for J. He will do the cool down as he is now familiar with the song and the movements but is overwhelmed by the room full of toys and equipment to join in warm up. He is yet to stay for story and demands to leave as soon as he gets his ‘well done’ sticker.

So back to goals…we are achieving them, slowly. 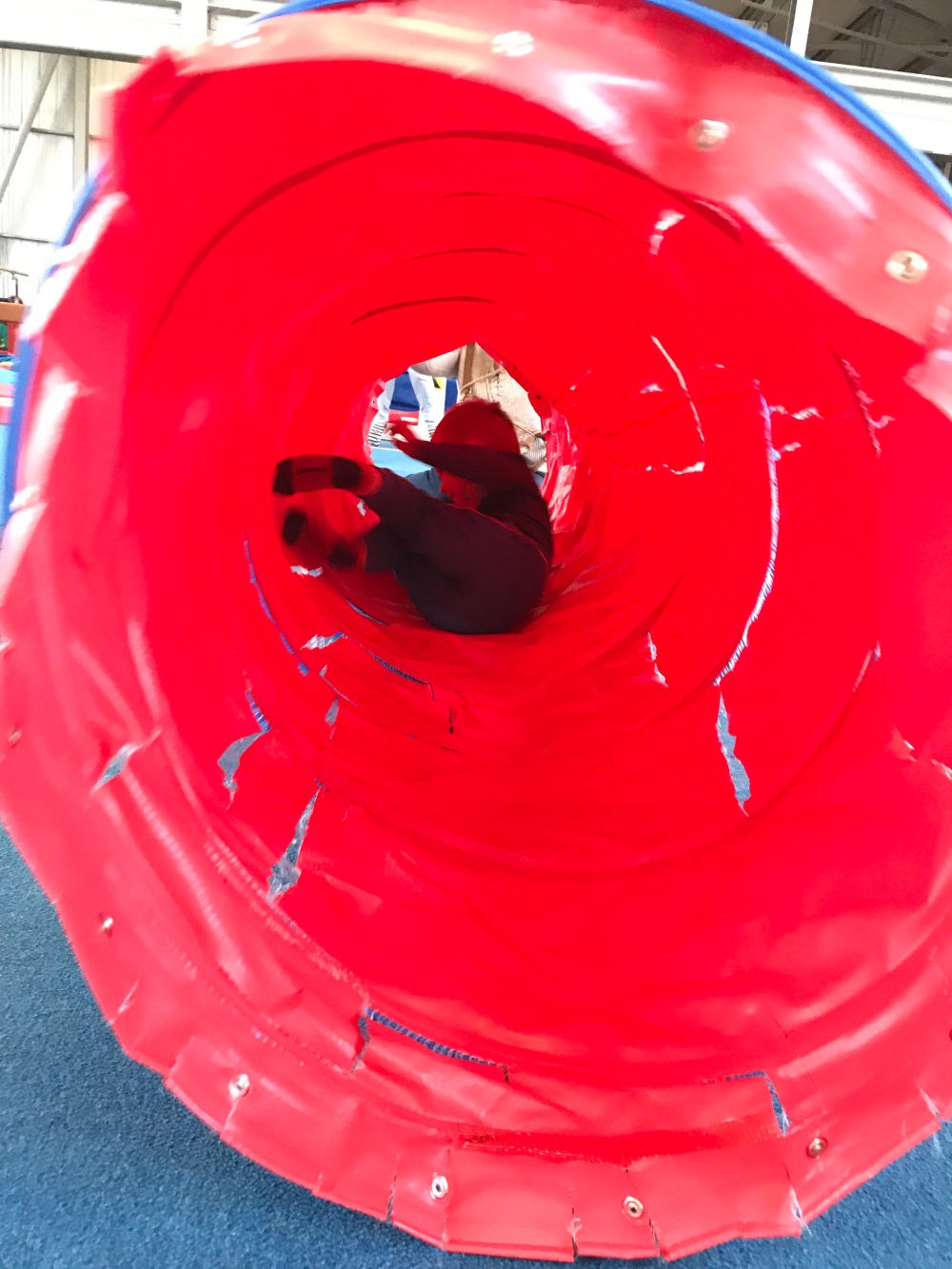 J is starting to go around children when running on the runways or racing around. He needs A LOT of reminders but he is starting to slow down on approach. He likes to explore ‘spaces’ by hiding in the tunnel and rolling it, hiding himself in the tubes and any holes he finds. The only part we haven’t really made much progress in is spacial awareness in smaller areas such as sharing the tent space. He’ll just climb over/onto children or want them out of the tent.

I talk through the equipment with J. I’ll ask him if he needs to hold me hand. Most times he says yes as he’s now on the higher level bars and jumps. I have stopped automatically holding my hand out now. I need to give him chance to decide IF he needs help or if he can do it alone. This is encouraging him to think about what he’s doing and how safe he feels

There’s been improvements here too. He can now hang from the bars. He is starting to swing too but that does take a lot of control and arm strength so it’s work in progress. He can now control his movements on the trampoline and regularly shows off by jumping and spinning at the same time or jumping along the patterned lines of the ‘bed’. Our next goal is start jumping OFF things rather than stepping.

I remember when we first started gymnastics and J would go on the bouncy runway. He would fall over every other step. Now he can run the whole length and doesn’t fall over once (usually).
Coordination

I can’t say that has improved too much. He still lacks coordination overall and is often falling off equipment, over equipment, into equipment. His ‘coordination’ with the balls is often followed me apologising to parents and children! However, when he is focused he is starting to do the obstacle courses. He’s a bit wild with his movements but he uses the right body part to atleast try to follow the foot prints, jump in one hoop at a time etc. 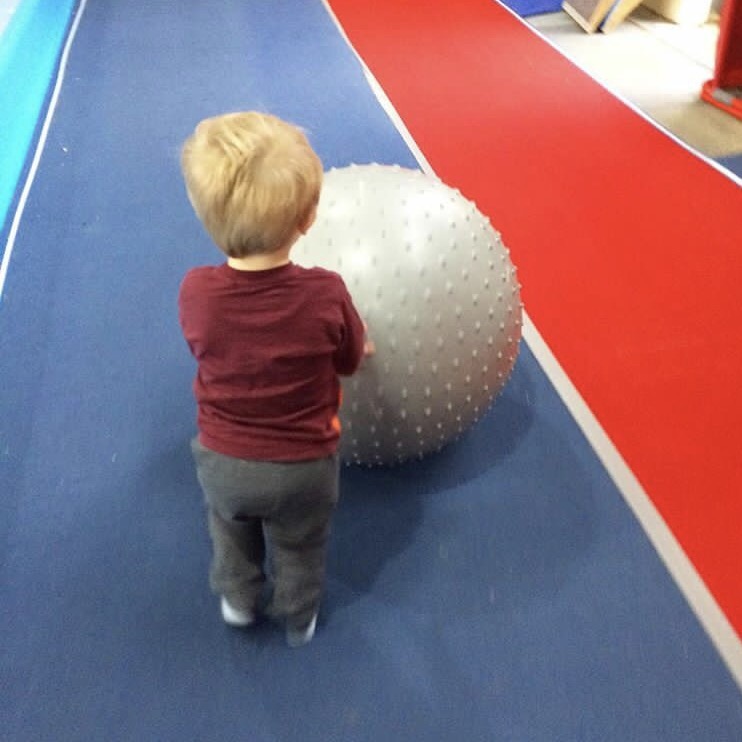 I also have a ‘side goal’ which is for J to learn social skills. The room is large and the sessions aren’t overly busy so there’s always space for J to have take himself away somewhere but st the same time there’s children to imitate behaviours and skills from. I encourage him to say hello, please, thank you. To share and wait.

There’s times where J will struggle. For example when children weren’t using the bouncy runway ‘properly’ (in his mind) and he was unable to run back and forth. Or when he wants a particular ball be someone has it. We often pop out into the changing room to have a few minutes quiet and calm before going back into the gym. At group time the children have a mat to sit on. This helps as J can visualise his space and isn’t crowded. He can be part of the group, without being too ‘in’ the group.

Next term J will begin the next stage of gymnastics which is where he joins the classes and works towards badges. I’ll be having a chat with the instructors nearer the time to get visuals ready and make sure they are aware of J’s additional needs. Then a whole new set of goals begin…but I get to sit in the viewing area with a drink and a book 😉

What goals have you set for your little one? Do you have an idea of where you’d like to move onto or towards?x