Today we went to see Grandma and have a look around the Christmas Fayre. I always love this day as it’s the start of the Christmassy feelings. The music, colours, lights and food are enough to get me feeling like a little girl again.

It’s a BIG fayre and takes over pretty much the whole town. We explored the Angel Hill stalls and fairground, Abbey Gardens kids area (with fairground, magic show and Santas Grotto) and finished off at the Arc Shopping Centre for more stalls and some shopping.

It means it is a busy place with a lot of challenges for J (both with his Autism and communication issues) As with most days out, I had to have a plan of action.

J doesn’t do well with crowds of people. So we went on the first day when it first opened at 2pm. It’s a school day so there wasn’t many families around meaning it was less crowded and we didn’t have to wait for the rides. The fayre is on today till Sunday. Busy times tend to be weekend, but mornings or last thing aren’t as bad if you can’t go during school hours.

J loves things that spin and have mechanisms. I used the rides to break up time spent looking at the stalls. If I had done the rides all in one go then J would have got fed up of looking at places I’m always having to say ‘don’t touch‘ at. He would have been over sensitive to the smells of the food stalls, the people shouting for you to come and have a go on the games and the crowded feeling. So we would do some stalls, then go on a ’round and round’ ride (half price today, woohoo). Once we moved away from the ride area, I changed to lifts. J loves working the buttons and especially likes the lifts where you can see the mechanics. 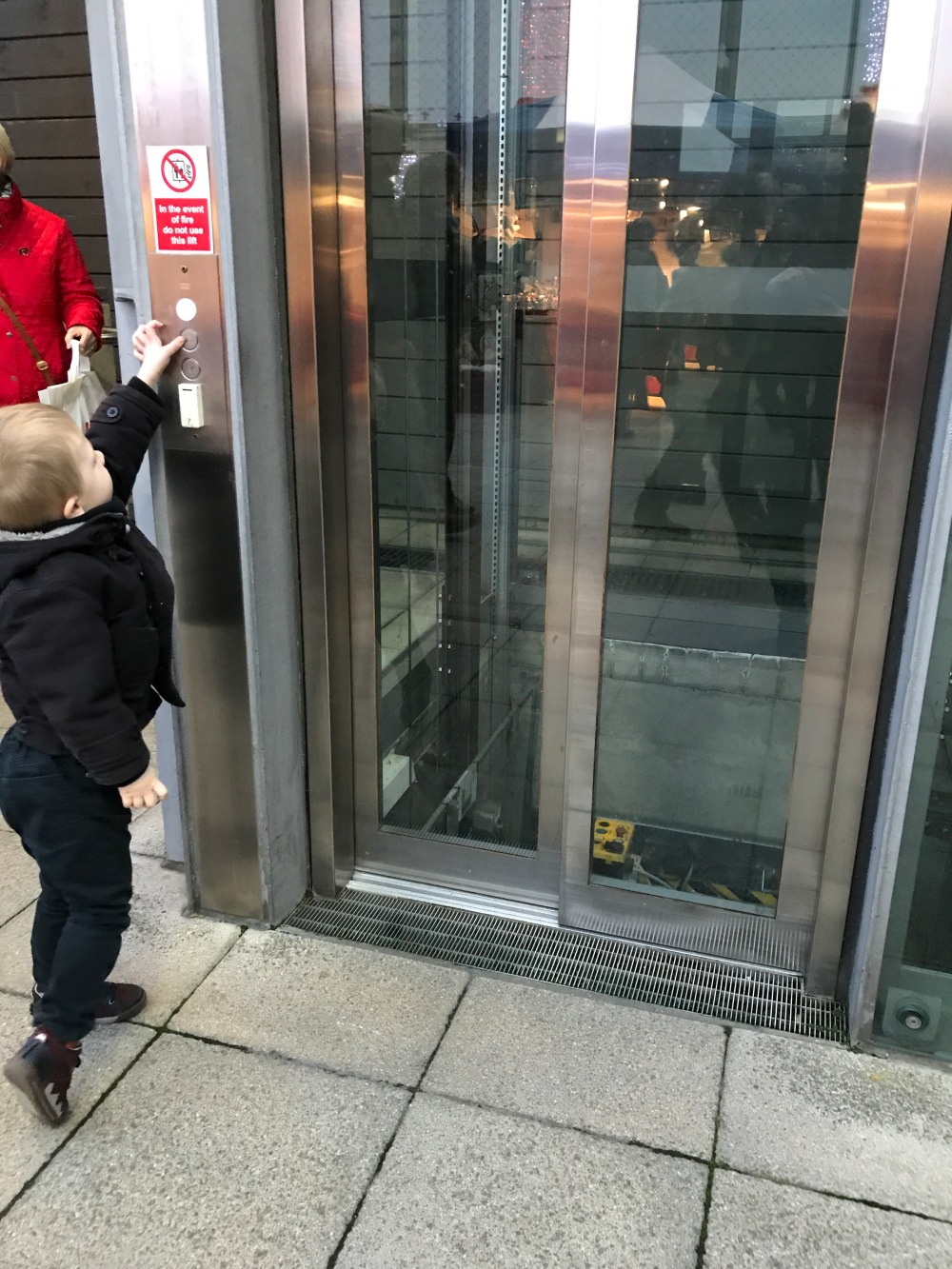 The use of the rides and lifts was great at stopping him from having meltdowns when looking at stalls but it doesn’t stop the sensory needs from building up. Occasionally we’d go somewhere quiet and with space. I planned which shops, cafes or spaces around town this would be. It gave him a chance to relax both mentally and physically. We probably looked like I had no control over him but actually I was fully aware of what he was doing and why he was doing it. He wasn’t noisy, wasn’t ignored and wasn’t hurting anyone so I let him get on with it.

I went with my mum. This way one of us could focus on J at all times. I could look at the stalls and buy things without worrying what J was up to. It means we took turns when he was wanting to walk. The idea of trying to hold J and the buggy during a busy event just wasn’t going to happen. It also meant that I could go on the rides whilst Grandma stayed with our things. J can’t go on quite a lot of rides by himself simply because of his lack of danger awareness. He will just decide he’s had enough to jump off a moving ride!

I used today as a chance to bring in new Christmas words and makaton signs (free resources on their website). I pointed out lights and named different decorations. I named new foods and smells. J repeated some words and can now say ‘Christmas Tree’ (whether anyone else can understand it is a whole different thing). We looked at the stalls together and I would tell J about the different things we saw (he liked the animals made of recycled coke cans aka: ‘Mummy’s drink‘). It kept him attention going and knowing what things are helped him build familiarity so everything wasn’t so new and different.

End of the day I love J, but I also want to do things for me. So as well as the ridiculous amount of money spent on rides I also brought some things to bring home. I brought some smelly decorations because J loves to smell things like this so it will make our Christmas decorations more ‘sensory’ but also because I have always wanted them. I also brought some fudge (make sure you get it weighed regularly as it’s not cheap!) which J had a bite off but ‘sadly’ didn’t like (oh well, Mummy will have to eat it all hehe). 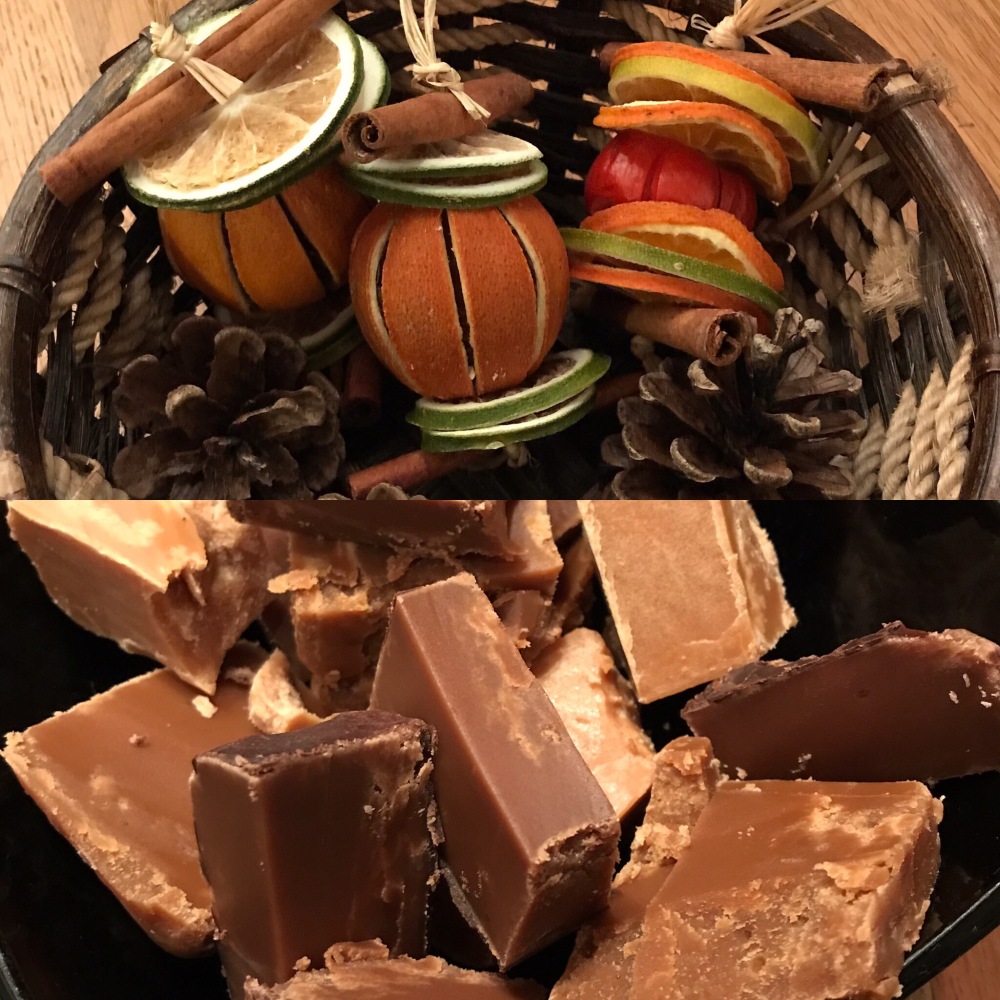 We’ve come home and looked at the photos. We recalled what we did and what we enjoyed. J remembers screaming and laughing on the carousel. Recall helps with understanding and language skills so that’s my excuse for taking so many photos.

Are you off to any fayre and Christmas events? Is there anything that’s worked for you? I’d love to hear from you either in the comments, Facebook, Twitter or Instagram ❤️

(Photos were taken at the Bury St Edmunds Christmas Fayre, 2017)