I hope everyone has survived the holidays with some sense of sanity in tact. This year J was 3 so it’s the first Christmas he’s really started to understand. It is also the first Christmas since J getting his Autism diagnosis. Last year J was only interested in playing on his own with a train shaped biscuit tin and wanted nothing to do wiat j anything else or anyone else (was a pretty big sign really).

This year I wanted to make sure we had an amazing Christmas as I knew it would set the tone for future Christmases. I wanted it to be magical and fun for J, and as stress free and relaxing as possible for me (and a Daddy).

So here’s a brief version of what I’ve learnt. Basically what worked/didn’t work. Feel free to add any more you have found (whether Autism is part of your life or not) in the comments:

I was so eager to get the decorations up and start all the Christmas films and crafts. But J put a stop to that. Our tree only went up a few days before Christmas as J took a dislike to decorations (I wrote more in my previous posts so won’t go into too much detail). As frustrating as it was, we did eventually get some decorations up and made a pact that I could have Xmas movies on tv if J could have the iPad. We even managed some Xmas sticker crafts and baking (I use the word very loosely). Next year I won’t be as obsessed with starting Xmas: I’ll let it all happen much closer to the time so it’s not a month of anxiety for J.

Plan, plan and plan some more

I planned everything out. I knew where we were going, when and how. This meant I could use the symbol cards to set up the day for J. I made sure he knew what was happening and stuck with it. Usually we split Xmas day between my family and hubby’s family. This year we did my family Xmas day and Daddy’s on Boxing Day. This actually worked out well as J didn’t have a sudden change in venue and people half way through the day. He was a lot happier and chilled both days because of this. It meant both days had the same routine ‘get up, go ____, go home to bed’.

Use visuals and have distractions 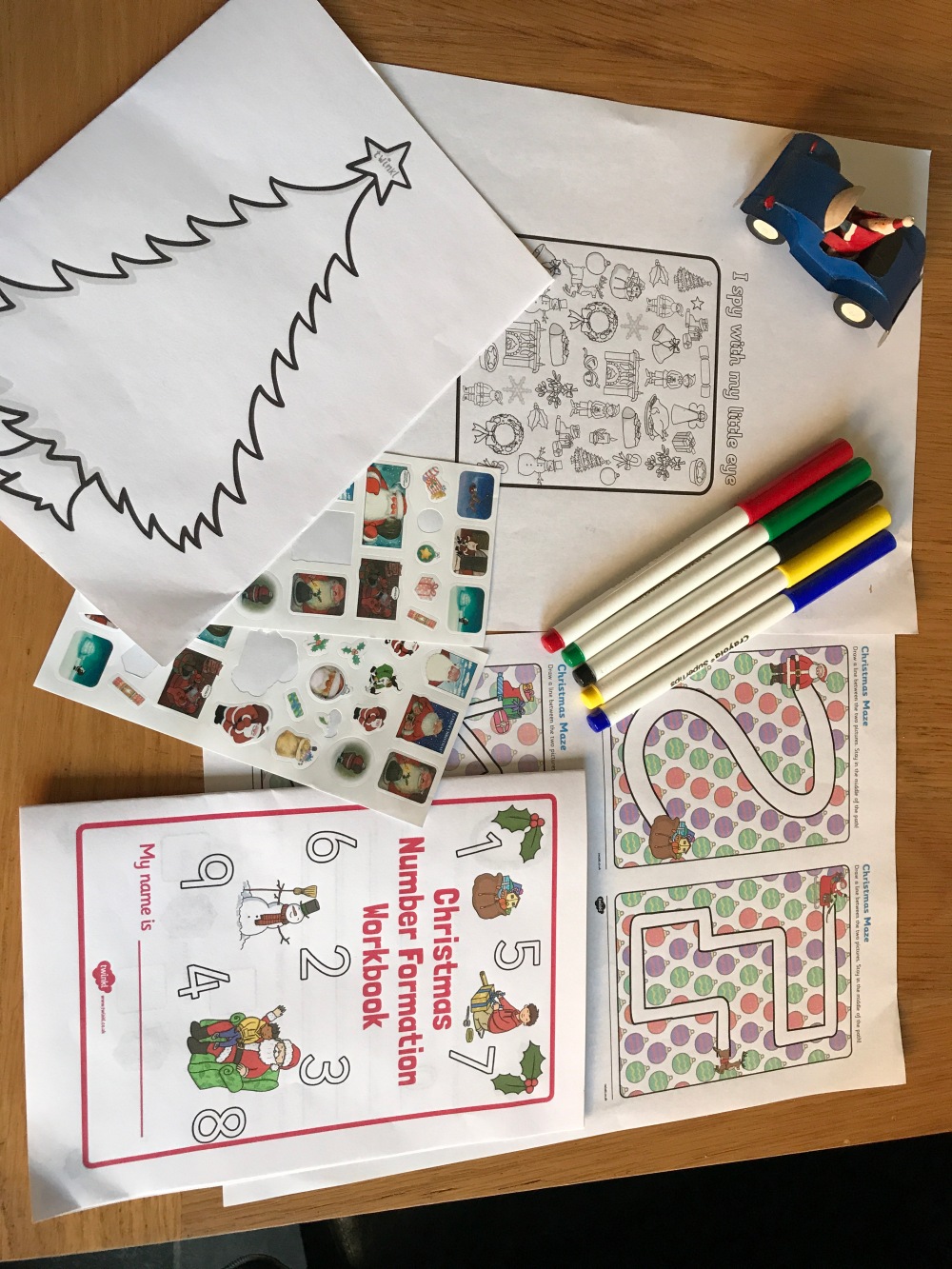 J only really relies on his symbol cards when he’s building his sentences, around people who he won’t communicate verbally too or when he’s stressed and talking to him just isn’t an options. Having the basic symbol cards needed for the day was handy during meltdowns and transitioning from one activity to another (eg: going for a walk) so he knew what was happening.

I also printed out bits from Twinkl so I had something to distract him and keep him amused when we were needing to sit down and wait. They were easy enough to fold up and put in his bag with some crayons and stickers. 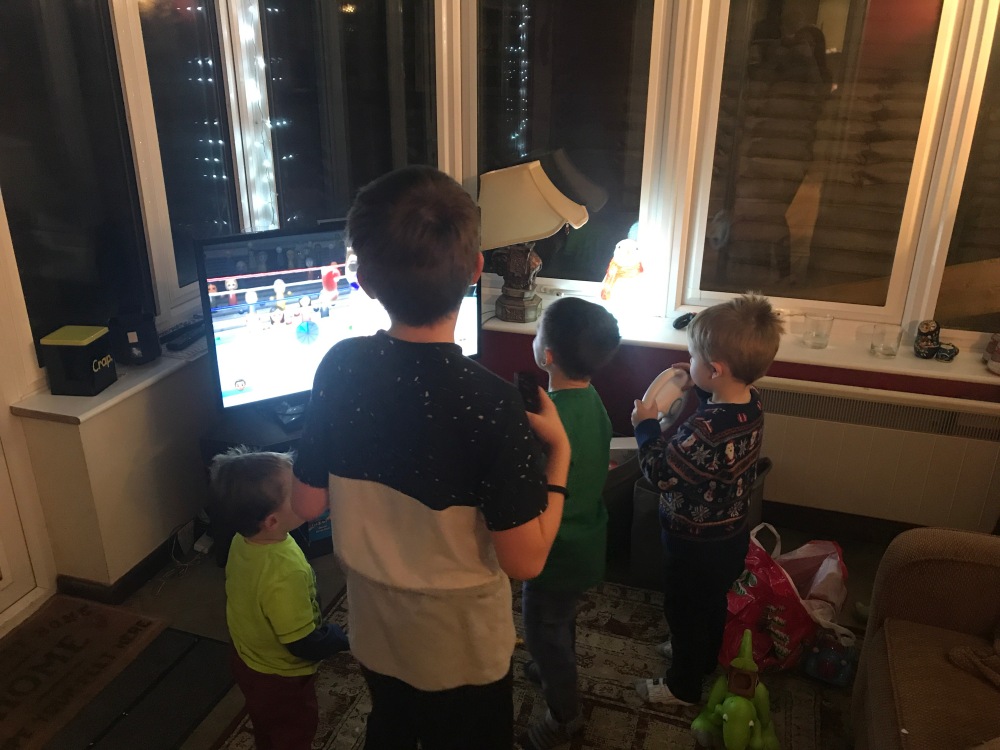 J has a lot of cousins. This means here’s times he has to wait for things or share or simply not touch as it’s not suitable. One of J’s strengths is that he is a great mimic. He expresses himself through copying others (good or bad). When he’s older cousins were on the wii, J naturally wanted to have a go too. But he’s not ready for that, it’s a bit complicated. So he was given a remote with no batteries. He copied his cousins moves on Wii Sports and joined in Just Dance (it was incredibly cute). In his head it was him moving the character and it was him winning. He was happy and it was a great social opportunity for him (one with minimal pressure). It also meant I could help out with food prep and also have chance to chill out. 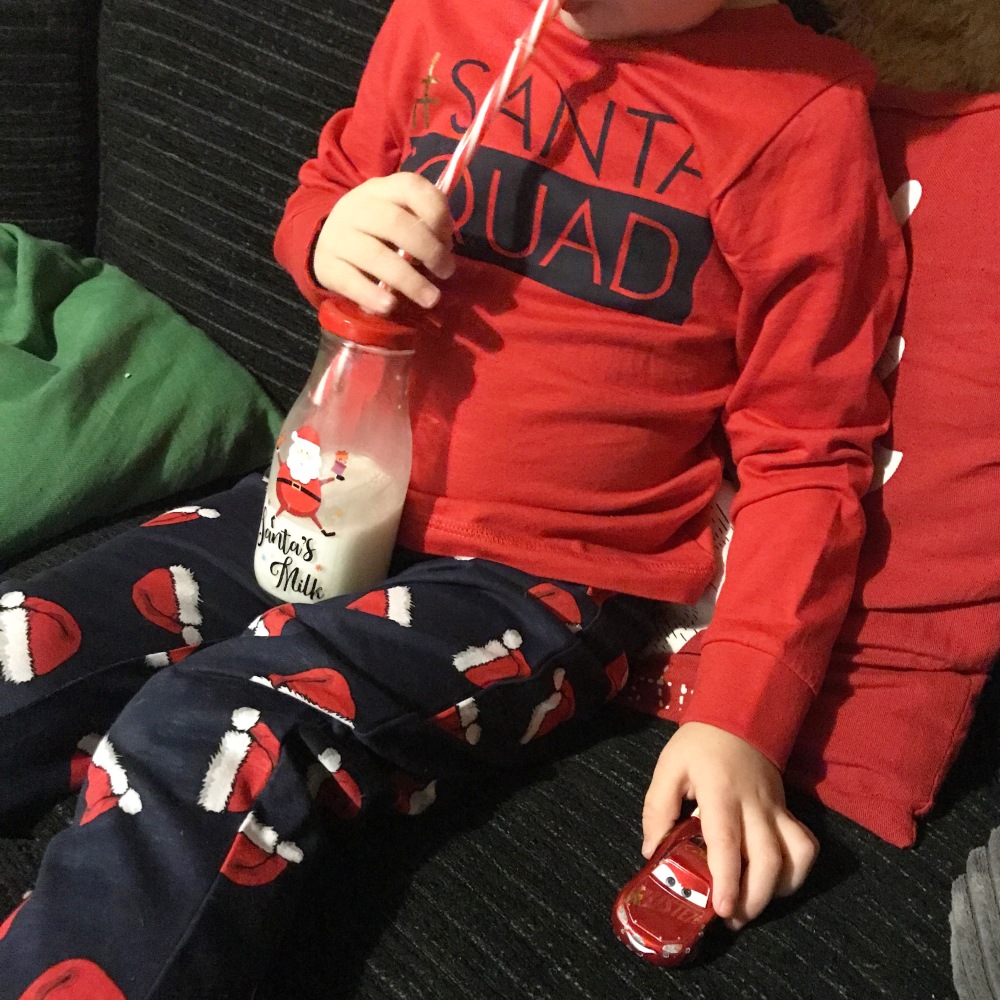 We didn’t worry about timings. A couple of late nights wasn’t going to hurt. J has a great bedtime routine and thankfully it’s one that can be done at anytime. We made sure that whatever time we got home we went straight into normal routine as soon as we got through the door. This meant he had the stability and security to get back into his own ‘zone’ so he could sleep and relax. Preparation is key here e.g.: make sure everything you need for routine is ready!

Although there was plenty of food each day I still took snacks for J. He is an incredibly fussy eater so I can never be sure what and when he’ll eat. I didn’t want to have the battle of saying ‘eat this’, ‘try that’. It meant his diet consisted of crisps, fruit bars and sausages for two days but so what? It’s two days of the year and we are going back to healthy eating as soon as I go shopping. At one point I just popped some bits on a plate and put it on the floor next to him as he played. By this point of the evening he had had so many sensory inputs that I didn’t want to pile more on. He played with the cars and occasionally popped something in his mouth. Who cares about table manner at Christmas, haha! 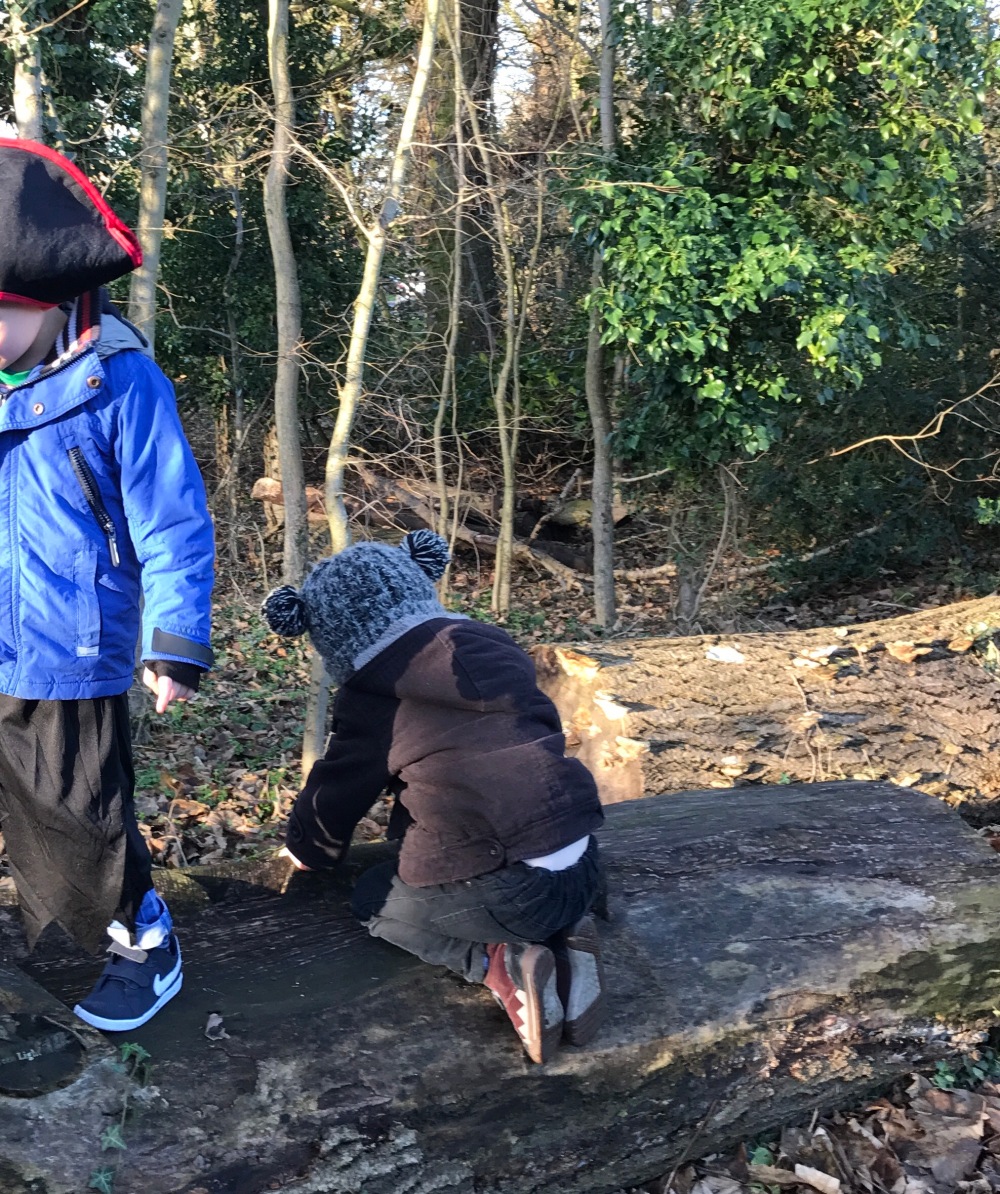 J needs time to stretch, jump and run. I think all children do. Expecting them to sit at the table, wait quietly for presents, stop racing around etc is a lot if they don’t have some sort out outlet. At my parents house it was quiet so he could spin, rode bike up and down the hall and we walked to and from ours. At my inlaws there’s not so much space as there’s a lot of family. So we all went on a long walk around village and had the wii to keep them active.

Hide some of the presents

J got A LOT of presents. If he had his way he would have ripped them all open and played with every single one of them. This would result in lost pieces, breakages and quick boredom. Instead I put most of them away in bags and hid them on the stairs. Ones that required setting up were also hidden but behind the sofa. Once J was in bed we setup tracks for the next day. We out some toys on top of the wardrobe for over the year when J is ready for the more challenging toys/sets or I want to reward him, or distract him etc. I think at one point there was so many presents he got overwhelmed. He was starting to fight more, wiggle his fingers (usually a sign he’s starting to ‘stim’) and lost ability to look in my direction. Next year, I’m going to spread the presents out more over the day I think (and keep out of sight, he wanted everything open straight away…even ones that weren’t his).

My final thought is simple: don’t overthink Autism. I was always wondering if some of the traditions and ideas I had were going to be too much for him, would he understand them etc. I wasn’t going to do Elf on the Shelf because I wondered if the imaginary side would be ‘too much’, it turned out to be fun. Fair enough he didn’t really join in with the pretend side of it but he liked finding where he was hiding each day. We did put milk and biscuits for santa, we did leave a key. We wore matching PJ’s and had Christmas stories at bedtime.

You know what? It was fun! I enjoyed it and even if J wasn’t overjoyed he did smile and joined in. I was given some fantastic advice (and I feel awful that I can’t remember who said it…) to take photos and make a Christmas book to use as a social story next year. I’m going to add photos of the tree, Elf, our Pj’s, the food, presents etc. Next year we can look through it together and hopefully J will start to recall the fun so there will be less anxiety.

I hope everyone gets a few days to relax before the fun of new year starts. I’m off to finish more leftovers before my ‘new year diet’ begins. As always feel free to comment here or on Facebook, Instagram, Pinterest or Twitter.