In August 2018 I got those two little lines that either fill a woman with excitement or fear…or in my case both. We had been trying for a sibling for J for almost 2 years and in 2017 I suffered a devastating miscarriage. So when I fell pregnant this time I was so happy to see the positive, but I was so scared that the same thing would happen this time too. 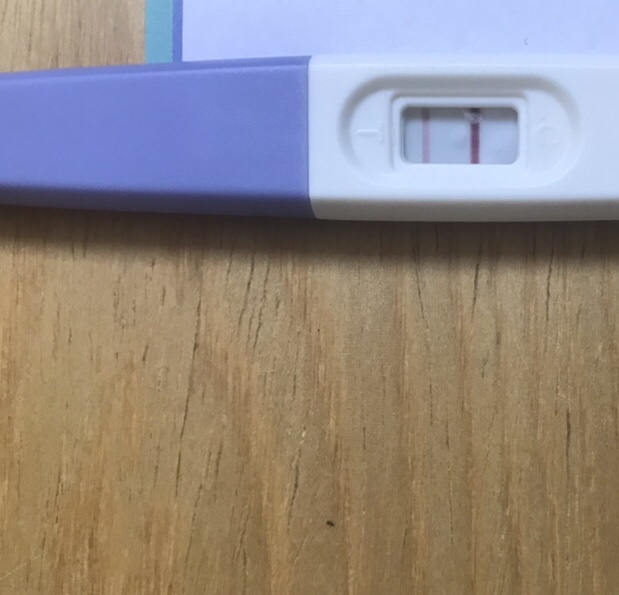 We didn’t tell J straight away. This was for a number of reasons, firstly I didn’t want to have to explain if the worst outcome did happen again. Secondly he has a habit of having no filter and would probably tell everyone and anyone. However, as the joys of early pregnancy hit it was getting harder explaining to him that Mummy was tired and Mummy didn’t feel too well. Also, he is a very physical child (both accidentally and in meltdowns) and I was becoming concerned for ‘invisible bump’. So we decided at 8 weeks to tell him.

Yes the risks were still there but I also knew that J needed to be aware of why he couldn’t be rough with my stomach. He’s always better when he knows the how’s and whys. We didn’t make a big deal out of it. We simply told him that Mummy has a baby in her tummy, so we have to be very careful so baby can grow big and strong. In true J style he smiled, hugged me and then went off to play.

I showed him images from baby centre which shows you how/where baby is growing each week. They aren’t graphic photos just basic medical ones showing which part of Baby is growing that week. It was a visual to show J what was happening inside me. Baby wasn’t mentioned again for a while but he did respond when I gave him reminders to be careful of Mummy’s tummy.

I was surprised how quickly J accepted baby. He began touching my stomach and kissing it. This increased as the size of my bump increased. He was excited when he saw the scan and couldn’t believe ‘that’ was in my stomach. He was adamant that it was a boy and began naming baby all sorts of star wars names. We took J to a private scan to see baby inside me and he was really interested. I think the technology of it all just amazed him. 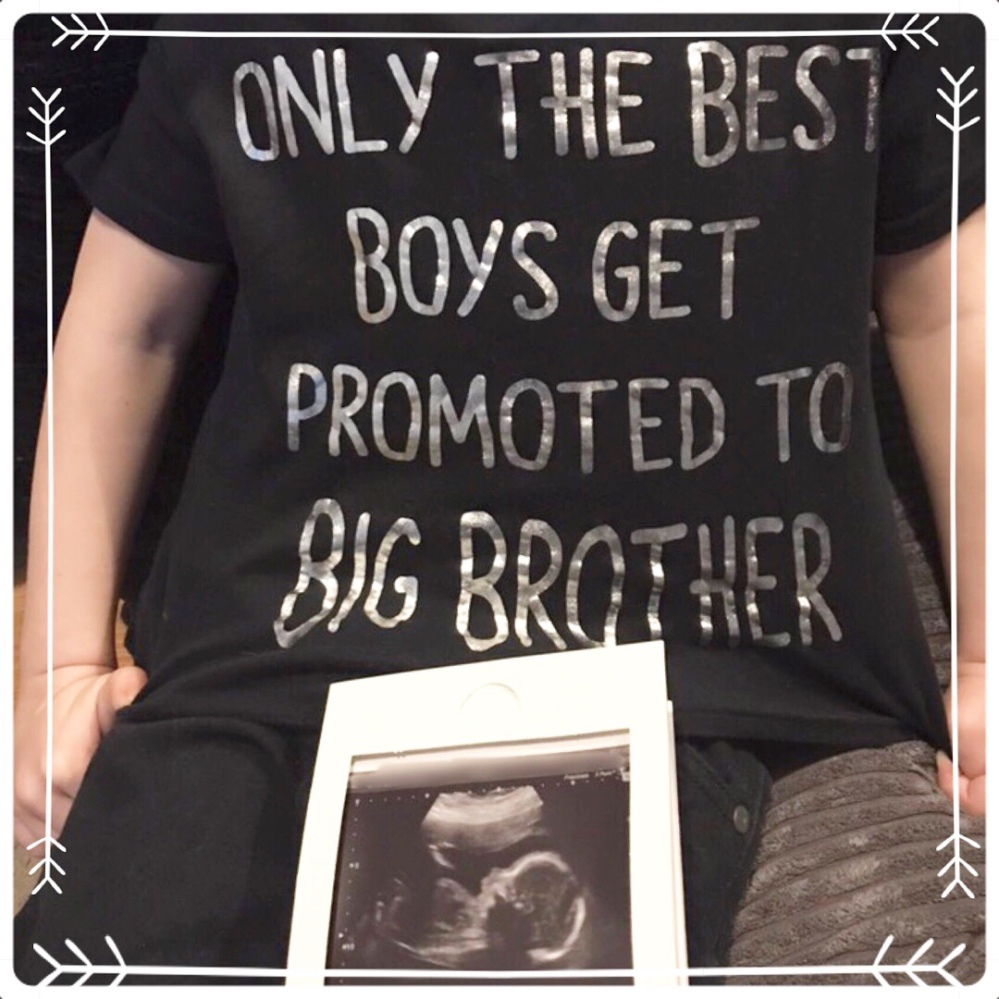 Still, he didn’t talk about baby unless we brought it up. It got to the stage where people were finding out but J wouldn’t talk about baby and would tell me “you say it” rather than wanting to tell people himself. He did love his big brother announcement tshirt and loved wearing it to tell family and friends. I don’t think he didn’t want to talk about it out of jealousy, I think it was simply a case of it wasn’t happening immediately and he had things to get on with. Children who are autistic can often have ‘mind blindness’. This means that if it doesn’t effect them, they don’t always understand that others may have a different view or feelings to it than him. It’s better for us just to accept it and not push him to talk about it. 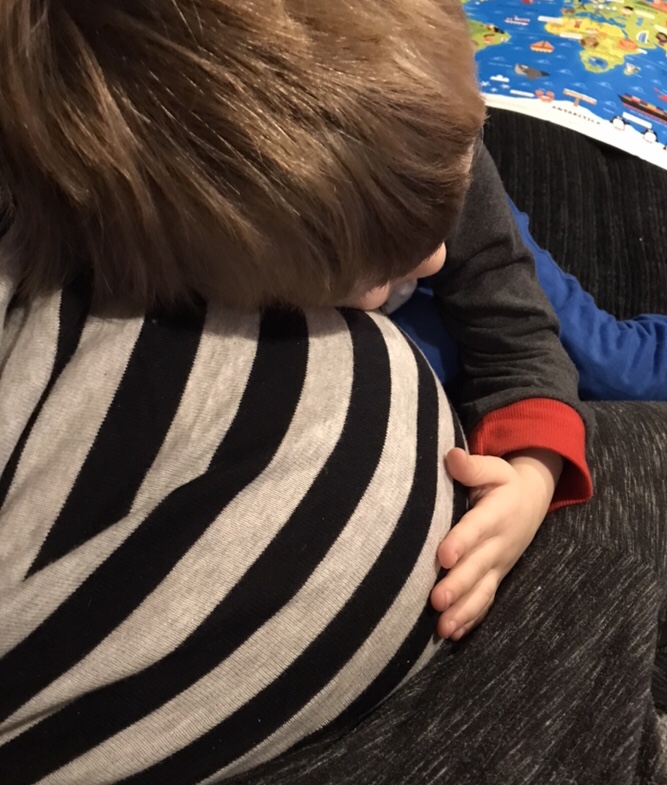 I’m now 26 weeks. We’ve had scares and extra scans. I’ve been quite honest with J, in an appropriate way. For example when I started bleeding the hospital couldn’t scan me for about 5 days. It was torture. I didn’t know if the baby was alive or dead. I was emotional and scared. But I still had to parent and get on with day to day life. I cried a lot. I told J that baby was poorly and I had to rest. That it made me sad. He knew when I was going to see the baby doctor but he wasn’t phased. It didn’t affect him and again he had things to get on with. Autistic children can struggle with emotions. They can have difficulty understanding how to respond to it and for J this can create meltdowns as he feels out of control. I made sure I had a support system in place. Somewhere he could go for stability and away from my emotions. This was family and friends. They were a God-send for us both.

Baby was fine, and the rest of the pregnancy has been full of drama and emotion but nothing major. J came to the gender scan and quite literally fist pumped when the sonographer told him baby was a boy. Bump has been referred to as ‘little brother’ ever since. J kisses bump and talks to him (explains star wars to him). He asks him his ‘echolalia’ based questions but accepts that baby wont reply…although he often tells me “baby said…”. I know that echolalia is J’s way of processing things. He doesn’t know how to interact with baby yet so he sticks to the phrases he’s comfortable with. He has even felt a kick or two now, but again it was just a smile then back to his play. 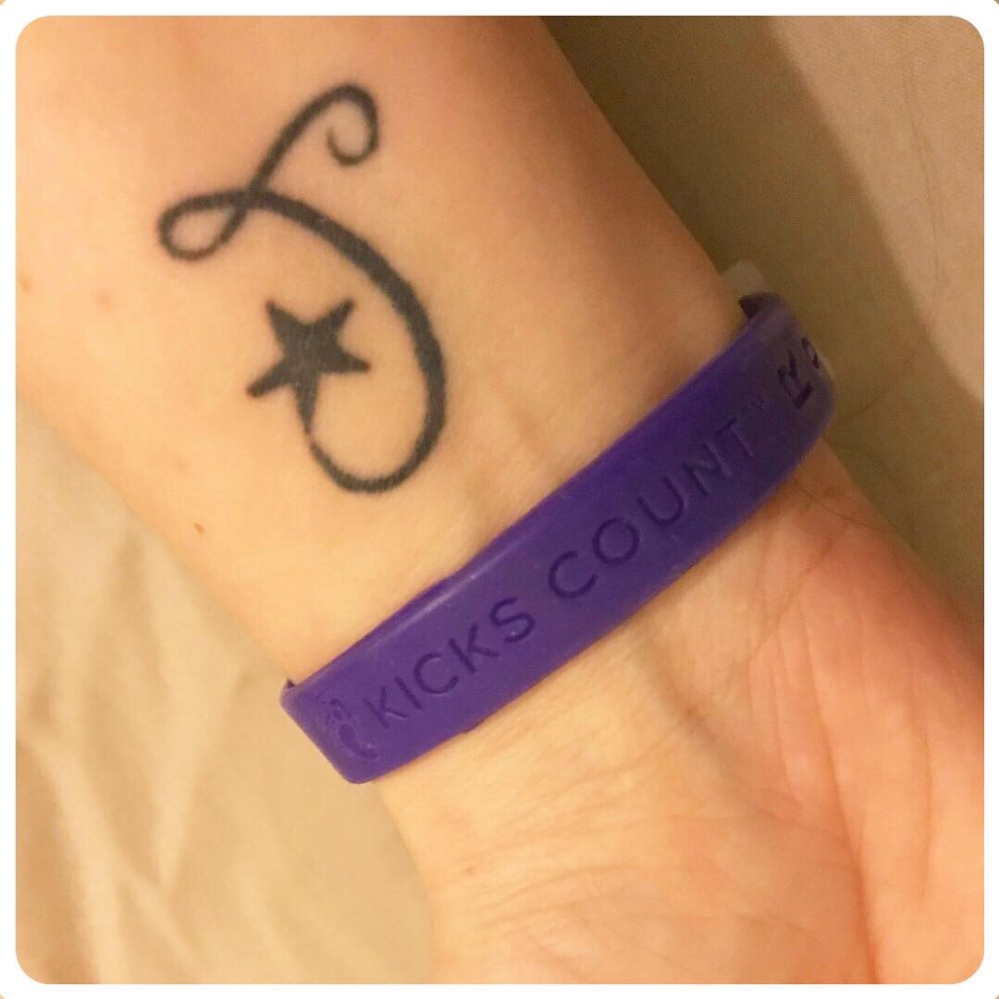 I don’t take it personally. I just know that for J things have to be in the ‘here and now’. This isn’t either of those. Baby is taking its time to grow and develop, and frankly doesn’t do much of anything. So for now baby is not a priority to J. He knows to be careful and he knows Mummy cant do as much now, but his world is still turning and unchanged. I haven’t put pressure on him to be excited. I don’t talk about baby non-stop or go OTT on telling him details of when baby is here. Autism and change doesn’t always go well together so I’d rather take it slow and let him adjust in his own time. There’s no point in pushing things now when we still have just under 100 days to go (hopfully).

As we get closer to my due date I aim to do a few things to help prepare J:

The main thing I can do is prepare him so it’s not such a shock when we come home with the baby. I think J has an image in his head of the two of them playing with his Star Wars toys so hopefully the social stories will show him that baby needs are different to his. For J visuals are the best way to do this. He can take things in more when he hasn’t got to worry about social cues, body language, tone and trying to listen and process. Visuals are basic and simple so he can take it in better.

I’ll write more as and when things happen and plans come into place. Is there anything you wish you’d known when telling a sibling about baby? Any advice or questions you have for me? Let me know in the comments or on Facebook, Instagram and Twitter.