Today is May 4th (be with you) which of course means ‘Star Wars Day’ is upon us again. I wrote a couple of years ago about Star Wars day and J’s love of all things Star Wars. I also shared all about J’s obsession/fascination/special interest (whichever term you personally prefer to use). Now J is 5 I thought I would update you on how we use this obsession to support J in his learning and autistic challenges. There’s a lot of educational fun that can be done using Star Wars so please feel free to add any more ideas at the end. 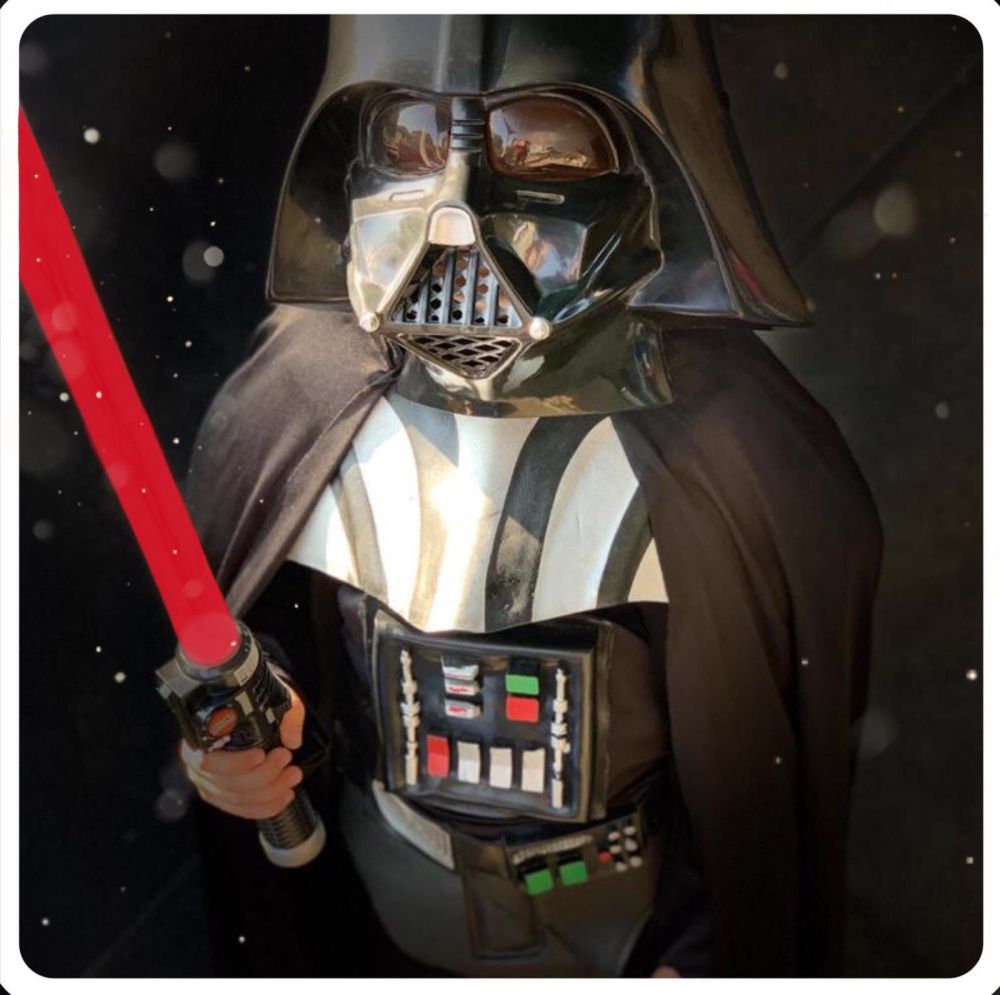 J does enjoy reading. He prefers it to be on his terms such as words that interest him and in places of interest. He prefers facts, signs and instructions more than reading books. However, I found some Star Wars phonics reading books online at Scholastic and thought we’d give them a try. He loves them. Some words he has memorised such as character names and places, others he sounds out to read. As the stories are all based on the characters and films he loves, J is a lot more willing to give it a go. 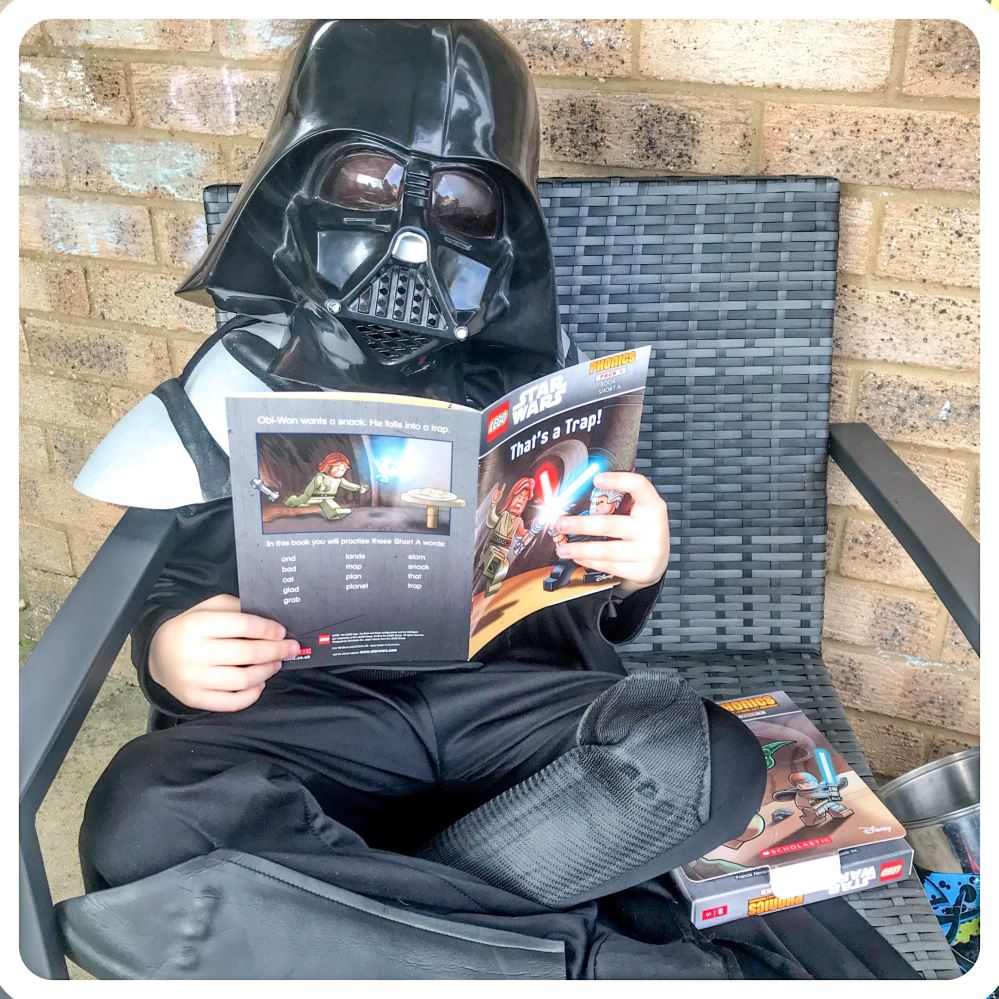 There are Star Wars reading books available for more confident readers too (I found some previously in our local library).

Maths can range from counting, number bonds (Add/subtract/times/divide), statistics, estimation etc. Many children who are autistic have difficulty with ‘getting things wrong’. It’s why some autistic children have such rigid routines and dislike change. There’s an element of unknown and lack of control which is uncomfortable physically and emotionally. Ironically, even when they know the answer the pressure may make them answer it wrong and then create meltdown or physical response. 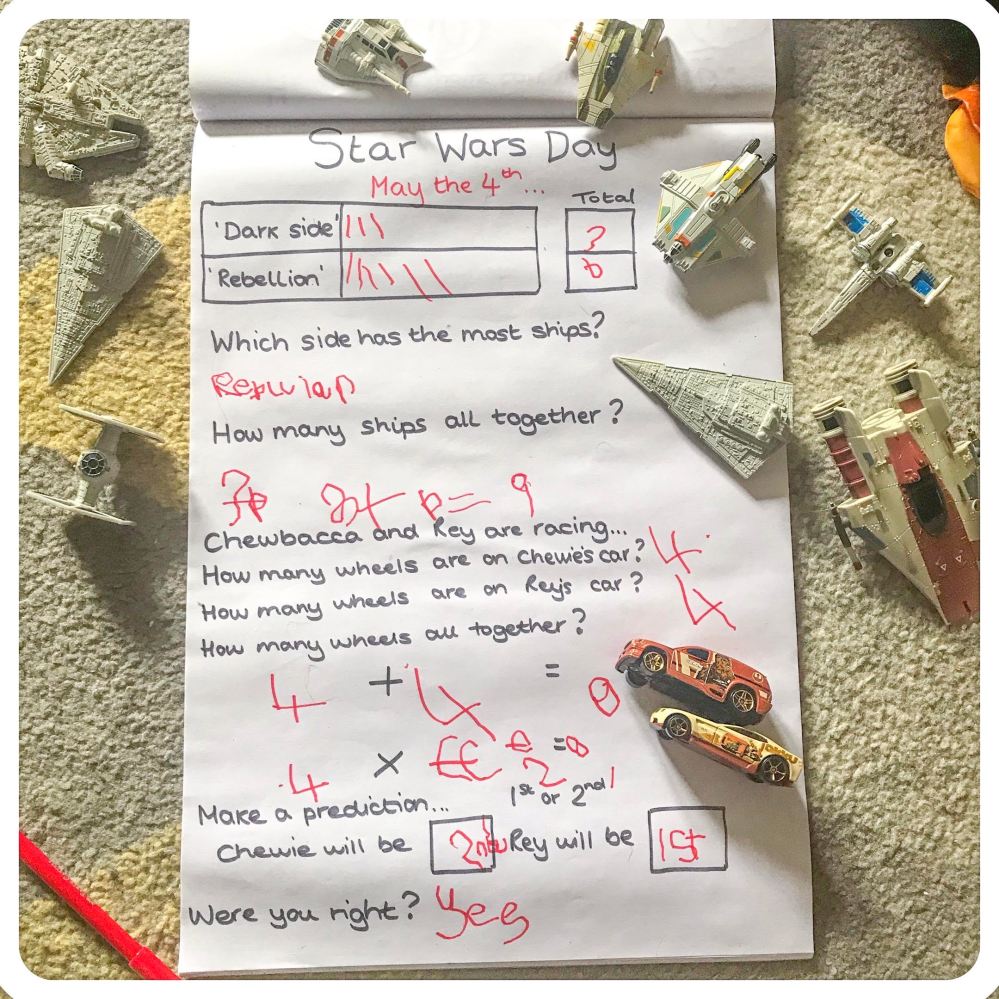 By using Star Wars it takes away some of the anxiety. Using a familiar basis means there is an element of control or safety. So I created some number problems that we could talk through together. He even enjoyed the prediction of who would come first or second in the race (we raced the cars down the ramp). Usually prediction is something J worries immensly about and although it took a little prompting he did it…and he was right! Hopefully he’ll remember this positive experience next time he has to guess/estimate/predict.

Ok, so not necessarily learning experience but as J is older and bed time routine is well established I have changed our policy on plain bedroom and let him have star wars bedcovers, pillows and night light. He can’t fiddle or play with them so its not distracting but it gives him familiarity. He LOVES soft toys…especially character ones. He has MANY Star Wars themed ones in his bed. I watch him cuddle up to them when he’s sad, scared or anxious. The advantage of these soft toys is that there are no hidden agenda, no social skills required, no expectations. They will ‘say’ and ‘do’ whatever a child decides. 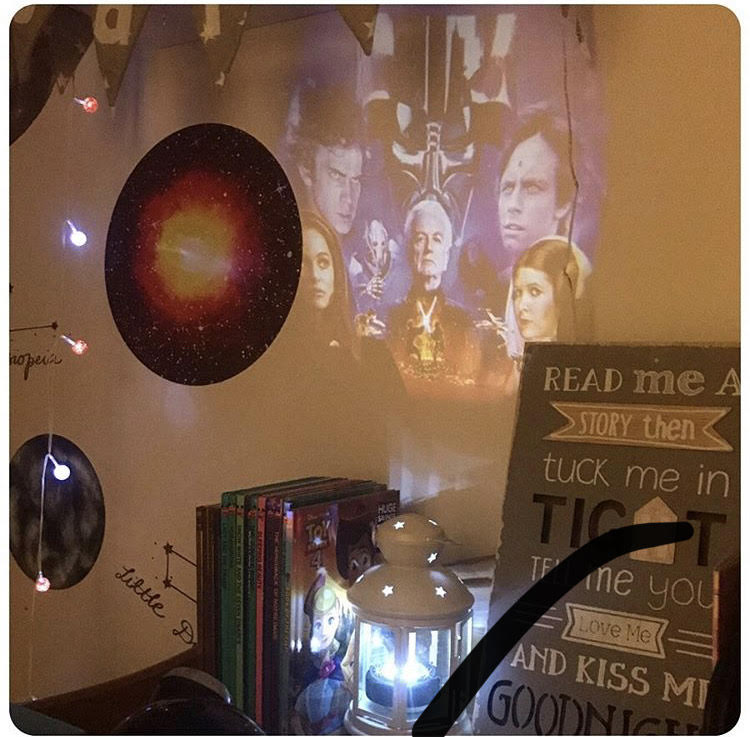 This book is another find from the Scholastics website. The book uses Star Wars characters, creatures and themes to make the alphabet. It shows the differences between letters and builds on towards ‘tricky words’ and sentences. Although I’m not always a huge fan of ‘workbooks’ (they certainly have their place but if you dont have a ‘sit down and learn’ child then they are challenging) there’s nothing to stop you from cutting bits out and using them for other activities. We’ll be cutting out the ‘tricky words’ and doing games such as ‘fishing ‘ (paper clips and magnet rods from a fishing game) or I’ll photocopy them so we can play snap. 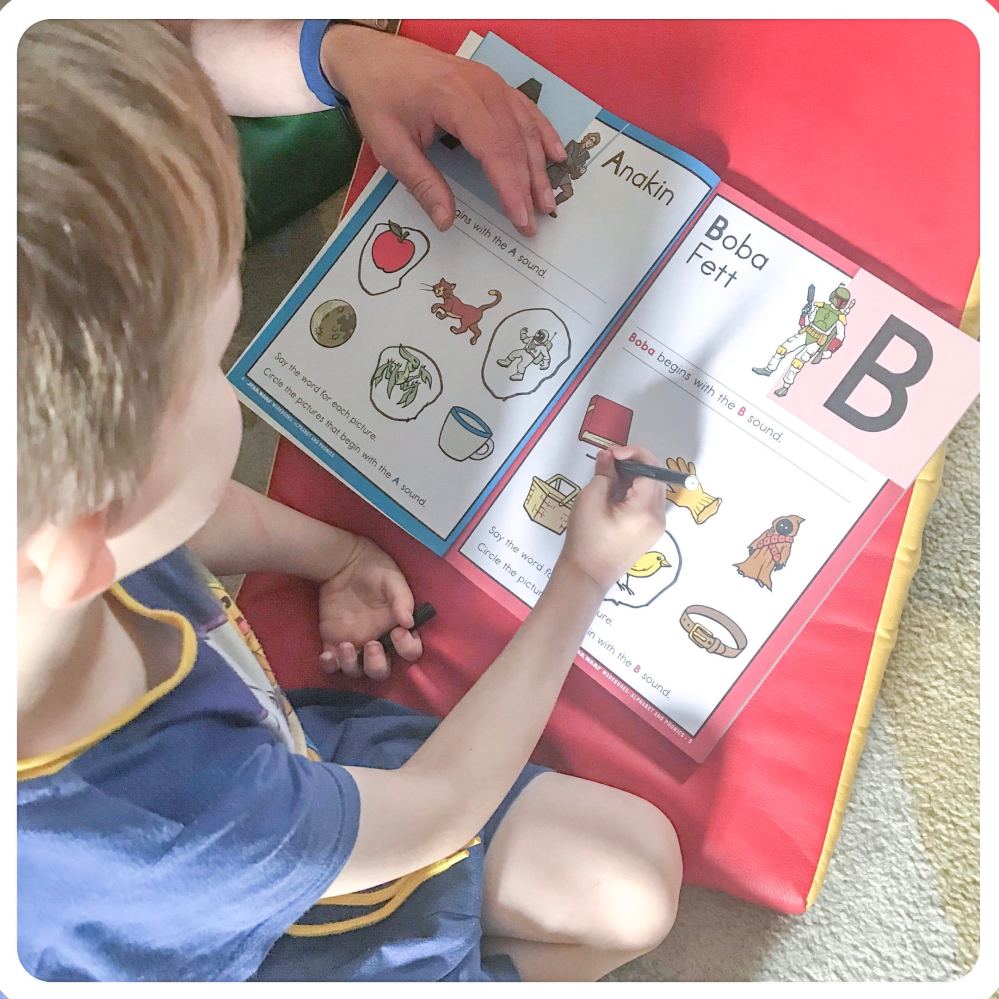 Pretend play is a bit of a conversation piece. It is often assumed that children who are autistic ‘cannot show imaginative skills’. It’s a big assumption and it depends on what you call imaginative. Not all autistics (children or adults) are ever the same in the way their autism presents. After all there are actors who are autistic (The Autism Page has a list here)…surely they have to show imagination to be able to play roles? But on the other side of the coin there are some children who struggle with the concept of ‘pretend’ as they live in a world of facts so pretending to do something doesn’t make sense to them. 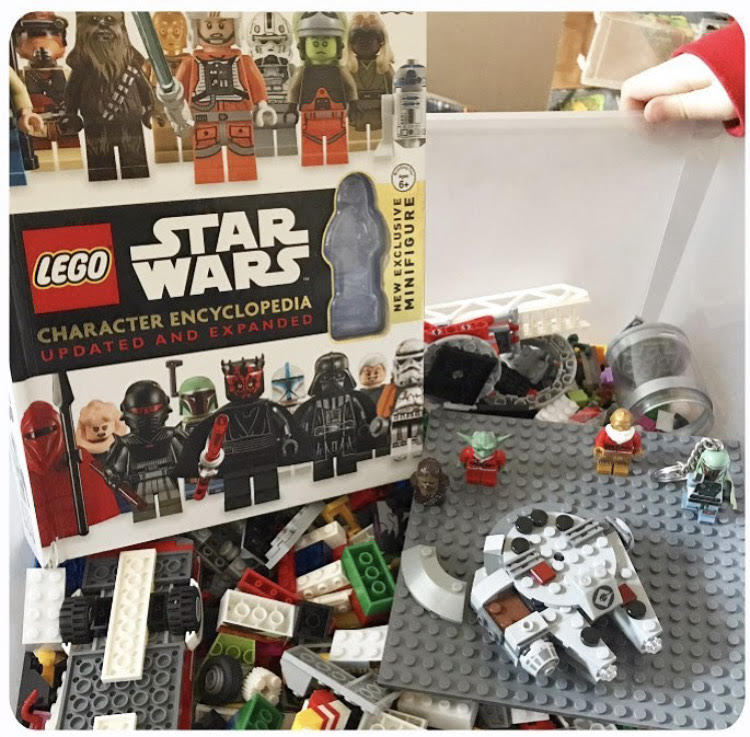 Whilst it’s true that J struggles with pretend play he is also very imaginative when he has a frame of reference. He will use things he has seen in star wars (whether its the game, move, tv series or youtube videos) and merge them together to re-enact scenes or to create his own (based on his star wars knowledge). J has a large box (well, two boxes and a shelf actually) of Star Wars small world play toys ranging from lego to pop figures and characters to space ships. All of these get used in his imaginative play.

Even for children who aren’t on the spectrum, pretend play is a great learning opportunity as it brings in language skills, social skills, exploring concepts and ideas. They can act out scenerios that may help them in real life later…J is fully prepared for if Star Wars ever becomes real (spoiler – he will be selling us out to the Dark Side).

So, that’s how we spent Star Wars Day today. To find other activity ideas have a look at our other Star Wars posts. I’d also love to hear whether you have a star wars fan in your family, or any activities you have tried that use Star Wars. Let me know in the comments or find us on Twitter, Facebook and Instagram.